Coming to America through the Eyes of Women 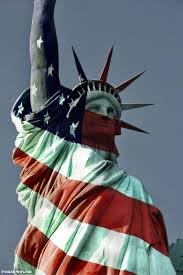 In honor of International Women’s Day, WISDOM (Women’s Interfaith Solutions for Diversity and Outreach in MetroDetroit) will host an international and interfaith panel discussion

on immigration from a women’s viewpoint 2 to 4 p.m. Sunday,  March 8, 2020 at the Bloomfield Township Library, located on the corner of Telegraph and Lone Pine Roads.

Every panelist has a story of the hurdles they had to overcome to be U.S. citizens and how they have adjusted and built their lives in America.

Audrey Sobel, Jewish, 76, emigrated from South Africa to Israel in 1970 before moving to the U.S. in 1976 with her physician husband, Jack. After another brief stint in Israel, they returned to the US in 1981. Audrey, who has a daughter, two sons, and five granddaughters, became a citizen in 1986.

Keiko Fujita, 47, is from Japan and came to the US in the late 90s. She and her husband lived in the San Francisco Bay Area before coming to Michigan. Keiko worked for Japanese companies for almost 2 decades. Her first job here in the US was an Administrative Assistant for Japanese expats, providing translations in Japanese and English. ‘

Fatou-Seydi Sarr, 45, a US citizen since 2011, finds love and strength inside her West African community in Detroit. Seydi is a social justice and human rights activist and the founder and executive director of ABISA (African Bureau for Immigration and Social Affairs) a nonprofit that helps African and Black Immigrants in Michigan and nationwide to know their rights, access resources, become socially invested and civically engaged. A Senegalese native, Seydi is a graduate of Wayne State University School of Social Work (BSW) and Marygrove School of Social Justice (M.A. SJ).  To Seydi, being part of her African Muslim community as an American woman means that “you no longer are on the sidelines, that you have a voice and can speak up and be engaged,” as she expressed on a video on her Facebook page.

Lucie Mills, 30, was born in Karlovy Vary, Czech Republic. The physical and massage therapist first came to America as an aupair in 2015. Lucie and her husband Jon are Christian who attend Woodside Bible church, are part of small group and also serve twice a month in the community.

Maria Valencia, 45, first came to America on a student visa from Mexico in 1996. A trained firefighter and EMT, Valencia became a U.S. citizen in 2008 with a green card and works in Waterford as a cosmetologist.

Immigration Attorney Ellie Mosko will moderate the panel, as they share their experiences about immigrating to the United States with a brief overview of laws and practices behind how people immigrate to the United States and in some instances obtain paths to citizenship.

Through their varied stories and different paths to American shores, Mosko said there is a common thread and emotion that all her clients share: a sense of relief.

“These processes (to immigrate and attain U.S. citizenship) are often long and difficult.  When clients are finally able to achieve their goals in the United States, there is a sense of comfort and happiness. For those who have been fortunate to naturalize the sense of pride and joy is paramount.”